Get fresh music recommendations delivered to your inbox every Friday.
We've updated our Terms of Use. You can review the changes here.

Back Where We Came From 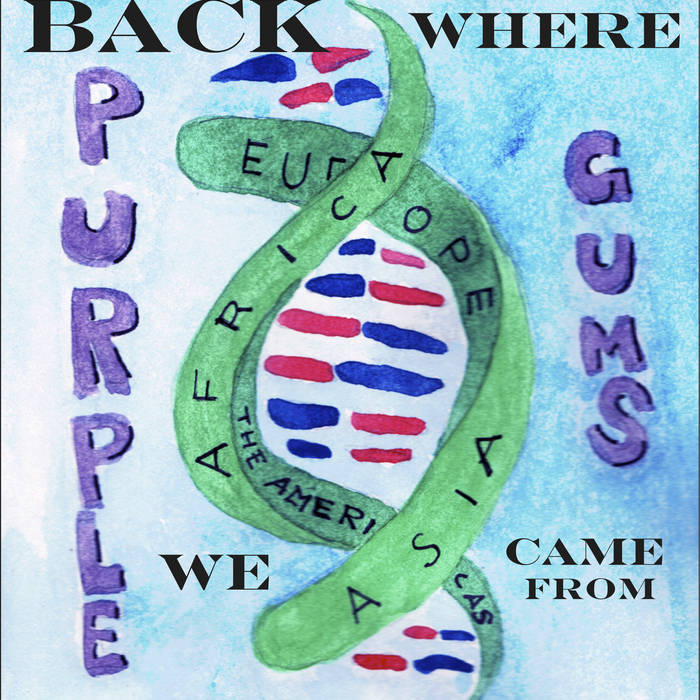 "Back Where We Came From", is a live recording of a performance on the Just Jazz series, produced by LeRoy Downs - the JazzCat, at the Mr. Musichead Gallery, in Hollywood, CA. The concert was held on July 17, 2019 and was a celebration of Bobby Bradford's 85th birthday.

Purple Gums' performances are all freely improvised. No rehearsals, no discussions beforehand, no recriminations afterwards. Purple Gums embraces the spoken word, so there is seldom any doubt where our thoughts lie during a given performance. And yes, the words are improvised. The group locates itself in the tradition of African American music as a medium of social consciousness and protest. Our performances are about something - they are maneuvers toward awareness, polemics against the standing order. Purple Gums is a brass band in the NOLA tradition. We play for death, we play for life, for joy, for inspiration. We've even been known to stand and march.

It is important for us to be aware of where we came from and pass a little of that knowledge on to our audience. Almost everyone in this country came from someplace else. Very few of those who were originally here survived. Yes, this is true. This music was created a year ago. Listening to it, you might think it was performed last night. We can only hope that perception won't be true when you listen to it several years from now.

William Roper is a multi-disciplinary artist residing in Los Angeles. His primary foci are music composition, music performance and improvisation, and the visual arts. He has toured Japan, Europe, and the two Americas, as soloist and ensemble musician. He is represented on 60+ recordings, twelve as leader. ... more

Bandcamp Daily  your guide to the world of Bandcamp